FoodnService is a Premium online Lifestyle Magazine for Parents, Foodies, Product Reviews, DIY Projects, and Special Needs. Our Team of Writers is growing, and can't wait for you to connect with someone fabulous to encourage and inspire you. Read More About Me

This is my Ubi. He is the most laid back and happiest dog that I’ve ever own in my life. He greets everyone with hugs and kisses that enters our humble abode. There are 5 things in life that makes an Ubi happy: People, Food, Chasing balls, go on long walks, and Naps.  In fact, he’s pretty much mastered this whole nap thing, and I’m super envious of him of it. He curls up on a pillow and calls it a day.

But Ubi just LOVES the Summer time. He loves going out in the heat to do some sun bathing, chase some random birds & squirrels in the yard, and to play fetch with his ball. This summer, We’re beefing it up with Pup-peroni, and throwing in some snazzy style while going on some hiking trips through the trails. Pup-peroni wants to know how you’re going to spend this Summer with your Pets, and what are your Pets’ most favorite thing to do. In fact, they even built an amazing quiz to where you can be entered in to win $300 in prizes! That’s gonna be one happy pooch (or two…if you’re like me), and one happy owner.

To be honest, I’ve never had my Ubi have a Pup-peroni before. Shocking, right? So when Pup-peroni asked if I wanted to participate with a Summer theme, I immediately said yes…but mostly because I wanted to show off Ubi in all of his sexy Swag and Toys that the lovely people of Pup-peroni sent to us. These Pup-peroni people were pretty smart to send us a ball for Ubi to enjoy, and yes…he totally looks sexy as hell in the handkerchief!

Ubi is a man of few words. He’s all about the actions in life. He clung right to his Pup-peroni branded tennis ball with no issue at all. In fact, I don’t know what he was more happy about…the treats inside the bags or the ball. It’s tough call at times with Ubi, but I always know he’s gonna run to get that food soon.

In the mean time, here’s Ubi having fun with his ball, which actually came in handy when I was trying to take different photos of him in all of his cuteness.

Ubi is like a little Soccer player. He likes to kick the ball with his front paws so he can run after it…and then do it all over again. That is…until he saw the bag of Pup-peroni treats opened up. Then he was all in.

Ub is a peculiar little fella. As much as he loves food, he will never dig into a container. He needs more an entrance or to be handed to him or given to him in his favorite bowl. He’s totally sniffing it out. He can already smell the treats made with real meat.

He is set and ready to go. The best thing about it Ubi? Is that he is sometimes very polite and will wait until we tell him to eat. He’s not intrusive or in your face, unless he knows that you have a slice of pizza or one of his favorite snacks…which I do believe that Pup-peroni is going to have to be on our list.

This little man’s tail was gonna fall right off of his body, I swear. He looked like a helicopter ready to take off. He was ready for this amazing treat.

This might or might not have been his 2nd or 3rd treat out of the bag to try to take this photo. He eats so fast! So it’s safe to say that Pup-peroni Prime Rib flavored treats now has a place in our home…and in Ubi’s belly. 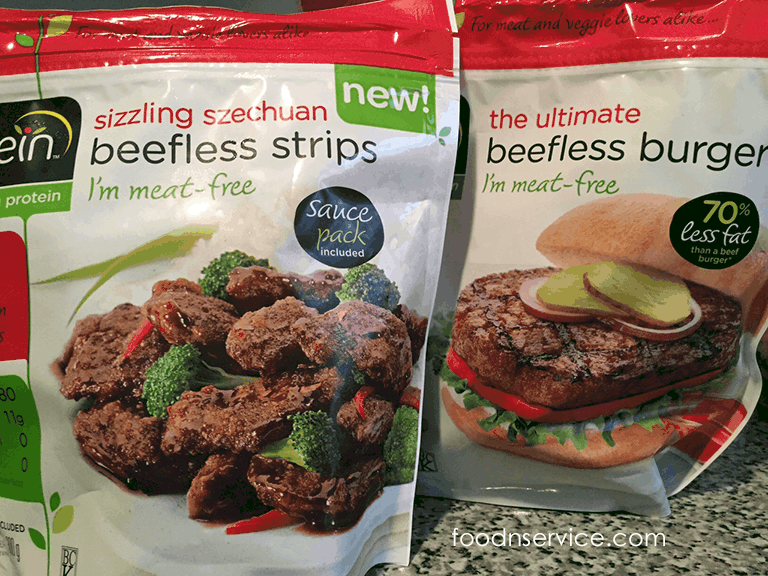 Gardein: Not just for Vegans or Vegetarians